The sun was hidden behind the clouds but the light remain shiny. The sky was divided into two different colors, bright blue and darkened yellow. Far away from the photographer, a mountain looks really great showing its territories. The darkened color in the bottom were roads, plants and many things usually available in all areas. The owner of the image found out two unusual combination of the color, the dark in the bottom and the bright one in the upper section of the image.

This image was taken in August 2012 in rural areas in East Java. The sun bears it light and several clouds in the sky trying to block its domination. A huge mountain witness the combat between a sun and clouds. Despite being alone against couples of clouds, the sun succeeded in showing it powers. Lots of lights just like arrows were shown in the picture. It seems the sun was able to show the light in the earth once more again.

Soon, a mountain far away in the west will block the light and the sun will fall behind it. When it happen, the light from the sun will gone and the night will come. The night creatures will showed up and people will not be able to make the sun comeback to the earth. They only have the option to wait the sun rises in the east in the morning. This is what was happened everyday in our life time. Life is short, understanding it is important. Let’s think on what should we do at the moment to make a good change in the future. Learning from an image can be a good idea. It is really fun and will make us remember to keep the environment as good as it should be. Didn’t you see lots of clouds forming different shapes of many things? Sometimes, you’ll see your favorite pets in the sky. Enhance your imagination. (Mochammad Rifai) 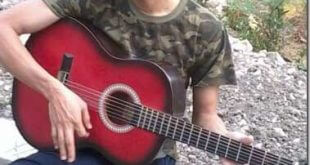 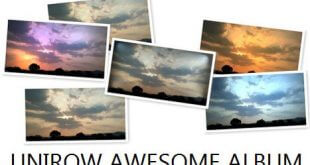 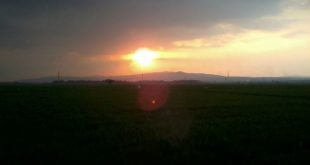 The Sun shine in the Sky over mountain